Are public hangings an essential feature of capitalism? Or, can we trust in principle based morality?

This is not a trivial question. The child like and pseudo religious belief that the free market will, by itself, right all wrongs in time, a belief adhered to by Alan Greenspan and other groupies of Ayn Rand, is at the heart of our financial crisis and the crisis of capitalism. This Greek tragedy was played out at Enron, Lehman Brothers, and now Goldman and BP. It is the failed reliance on “rational self-interest” as a moral code.

The question is whether corporate executives are capable of adhering to principled behavior, behavior that supports a good other than their own, in the absence of punishment of significant severity to balance out the significance of potential rewards for unprincipled behavior.

Extreme rewards cause the mind’s eye to be severely out of focus and nothing serves as well to focus the mind as the anticipation of hanging in the village square at sunrise. So it appears that we must periodically publicly execute an executive to assist us to become principled. It would be nice if they didn’t make themselves such convenient and obvious targets.

I have been in the corporate world long enough to know two things: most executives are principled and do seek to adhere to fundamental values; and, there are companies and there are subcultures in which the value of “winning” as defined by financial performance alone, completely overwhelms any other morality.

On June 10th Goldman Sachs stock hit a one year low after another report of legal problems. This time the SEC is investigating a mortgage investment Goldman bundled and sold in 2006. They were already investigating possible fraud involved with an investment Goldman created called Abacus, a CDO, that was allegedly set up to enable Paulson & Co. to take short positions against this basket of what they believed to be distressed mortgage securities, while at the same time marketing this to their customers.

This was obviously not set up on the Deming philosophy of “delighting” your customers. If you are selling something you have created to your customers while at the same time betting against it, you are shafting your customers and you are, therefore, not trustworthy. The morality of this is simple.

What proves to me, beyond a reasonable doubt, that Goldman has not learned the lessons of principle centered leadership is not the above charges. It is the pathetic game being played with a Congressional Commission investigating Goldman’s dealings.This week the Wall Street Journal reported that…

A commission probing the financial crisis denounced Goldman Sachs Group Inc., saying the firm first dragged its feet over requests for information then dumped hundreds of millions of pages of documents on the panel.

This is an old and tired lawyer’s trick: You want documents? OK, here is a truckload of documents. See what you can find! And the investigators are so overwhelmed with irrelevant documents that they never find what they are looking for. As the police tell young thieves everyday, “If your not guilty, why are you running away and making yourself look guilty?” The Goldman legal team is either tacitly admitting guilt or is too dumb to know what “guilty” looks like.

The virtual collapse of every major Wall Street financial firm was not sufficient to awaken the spirit of moral conduct or the sensibility of moderation. The intervention of the government, required to prevent the collapse of the entire financial system, allowed many of these executives to obfuscate their own participation in the events that led up to that disaster and caused their minds eye to be blurred to consequences of their own behavior.

Before I was a parent, and a student of behavior modification and the power of positive reinforcement, I was convinced that I could raise my children without ever resorting to the “old way” of punishment for bad behavior. Nothing humbles one as well as parenting. I did resort to punishment, sparingly, as I realized that even the most superior children (my own!) occasionally needed to experience the pain associated with misconduct. But, you hope that as one matures, the intellect takes over, and the ability to adhere to moral principles, religious or otherwise, will be sufficient to keep behavior within acceptable control limits.

But, I fear that the more one is paid into the millions, the more one develops a childlike need to test the limits of the environment, to exceed the bounds of what is obviously “right conduct” until one once again one must contemplate the significance of a well constructed scaffold erected in the village square.

The Inevitable Consequence of Closed Systems 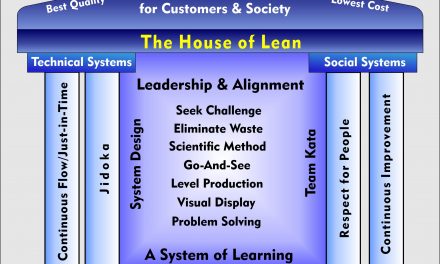