Both governments and companies suffer under illusions of power… the intoxication of the material world and the dismissal of the power within the heart and mind.

Flash back to Vietnam. In 1966 I was getting bored. I was serving in the 513th US Army Intelligence Corp in Oberussel, Germany. Vietnam was beginning to happen. It was where the action was, the excitement, the focus of the news. So, at the age of twenty, I volunteered to go.

It is perhaps hard for most Americans today to recall the mindset of the times. The threat of global communism, the domino theory, the assumptions of power. We saw Vietnam as an incredibly small, backward country. We had all the aircraft carriers, missiles, a huge army fending off the Soviet Union and China. What did Vietnam have? Jungles. My office was in a building directly under the flight path into Tan Sanut Airfield, then the busiest airfield in the world, as three fighter jets, side-by-side took off and landed every minute. It was an incredible display of power.

Ho Chi Minh said “You will kill ten of my men for every one of yours I kill. But, it is you who will tire of it.” General Patton said “Every war is the same. Tools change, but war is the same. You defeat the soul of the enemy, man.” They both knew something about power.

We lost fifty-eight thousand men and it is probable that the Vietnamese lost ten times as many. Yet, they won and we lost.

We should have learned something about the nature of power. At its peak we had more than five hundred thousand soldiers in Vietnam. We built massive air fields and ports. None of it mattered.

Whether there is a valid parallel to what is happening today in the Middle East we can all speculate and I won’t debate it here. But, what is clear is that to the degree that we do not understand the realities of power, we will lose. We are fighting the wrong war. The great irony of Vietnam is that now we are investing in Vietnam and businesses view it as a new market, source of labor, economic opportunity. The Vietnamese want IPODs, blue jeans, and wireless Internet access. We lost the military war. We are winning the war of attraction. The soft-power war.

A couple of years ago Joseph S. Nye, the Dean of the Kennedy School of Government published Soft Power, a book that should have been read by more leaders in both business, but in particular, in government. Nye defined soft-power as “getting others to want the outcomes that you want” or, “the ability to shape the preferences of others.”

Soft power is the critical element of business success today. Money and muscle do not sell product, attract the best people, or produce breakthrough innovations. Nor do money and muscle win the hearts of Pakistani villagers, Afghan farmers, or Iraqi children. Neither does it win the affection of teenager digital download devotees or website surfers.

How many classes, meetings, seminars, have you been to on building social or spiritual capital, or soft-power? Most likely none! We are primitive in our understanding and skills at building these forms of capital. A hundred years from now both business and political historians will look back and ask, “what were they thinking?” 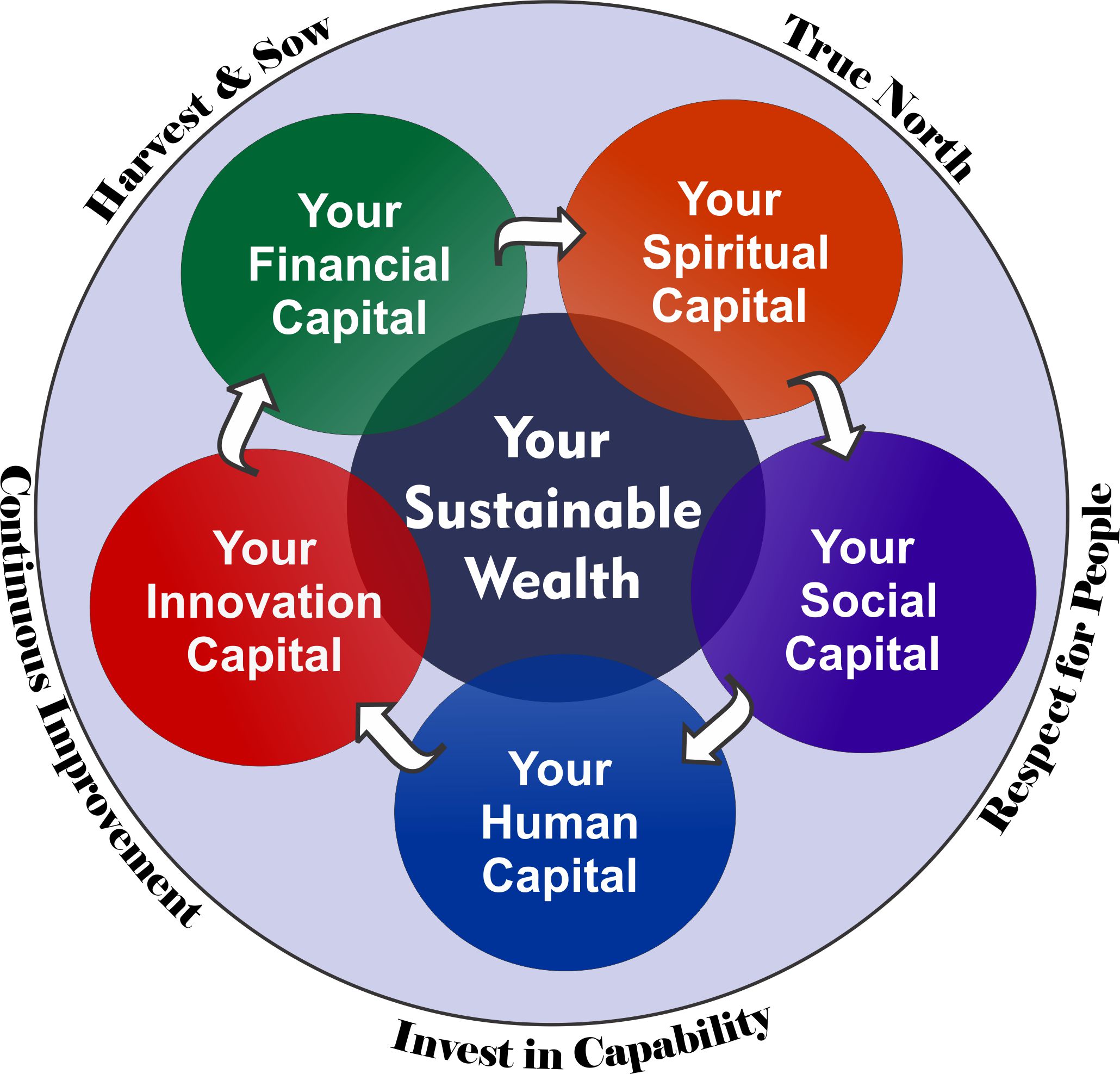 Creating Sustainable Wealth in Your Life and in Your Business