These may be the most feared words in any corporation. Unfortunately, it has become a too often used phrase in American politics, intended to impart the image of a strong and decisive leader. But, if you are a competent manager you know that these words are the opposite – they are an admission of failure to be used rarely and humility. I write the following with the concern that some aspiring managers may fail to understand the significance of these words.

Great leaders attract the best people, have trust in them and receive trust in return. They build a team of collaborators who support one another and have very low turnover as a result. The words “you’re fired” may never be heard!

A Few Truths About Firing

Second, loyalty, like love, is gained when it is given. If you dismiss others easily, you will also be easily dismissed by others. If you demonstrate loyalty to others, you will likely gain loyalty in return. Loyalty is never “owed”, it is always earned.

Those of us who have been in positions of responsibility for any period of time have had to confront the unfortunate act of firing an employee. It is the single most unpleasant thing you will have to do as a manager. Why is it unpleasant? Because you know that you are inflicting pain on another human being, and if that is not painful to you, then you lack empathy, which is an essential quality of any leader.

Here are some rules of firing to consider:

Assuming there is still failure, consider how you go about firing someone because that act has an impact on many others in the organization.

And When You Do…

I was CEO of a consulting firm for twenty years. When we hired employees I told them that no one had ever been fired for making a mistake. I made mistakes, we all made mistakes. You could only be fired for two reasons: First, outright dishonesty – dishonesty within the company or dishonesty to our clients. Second, you could be fired for your failure to learn. I did have a case in which we had given someone very explicit feedback three times in regard to the same behavior, behavior that caused our client to ask for that consultant to be removed from the assignment.  Each time he blamed the client rather than accepting responsibility. He could not, or would not, learn.

If your company makes the above guidance the norm, you will have dedicated employees who are engaged in continuous self-improvement, and you will be respected as a trustworthy leader.

The Hybrid Organization is Here and Now! 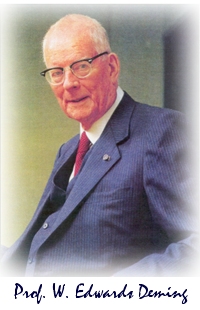