I am going to write a series of posts on leadership issues I consider extremely important. I would like to have your undivided attention for just a few moments. There is a dominant theme that runs through all of my online courses and writing and it is the primary task of a leader, the “one thing”, the task that is most important at this period of our history.

I am very concerned with the state of our leadership and those of us who have made a career of studying and writing about leadership have a duty to speak up.

You might remember the movie City Slickers and that wonderful character played by the great actor Jack Palance. He tells his city slickers that the secret of life is just one thing… what that is, is for them to figure out. Well, I am here to tell you the one thing, the one most important thing for you to be focused on if you want to be a successful leader, whether in business, or in any other field.

Leadership is the process of creating unity of energy and effort by instilling a devotion to a worthy purpose, a purpose that uplifts and ennobles those who will follow and sacrifice. In the end, there is no sacrifice, only the gift of worthiness.

The concept of unity is critical to understanding leadership in this age. This is true in a country, a company, or a family. Every great leader has distinguished himself (or herself), not by dividing and tearing down one group to benefit another. Rather, by creating unity out of diversity.

There is a wonderful letter from a common soldier at Valley Forge in 1777 when George Washington’s troops were cold and hungry. He wrote that he had trouble understanding what he had in common with so many of the other soldiers, some of whom only spoke German, and some Dutch, and others who spoke a dialect of English he could barely understand. They were from Pennsylvania, or Maryland, or Georgia, while he was from Connecticut. There was no “United States”, there were only diverse states, comprised of immigrants from diverse countries with diverse food, language and religions. And, it was not at all clear that they belonged together as they starved and one third went through the freezing winter without shoes. The genius of George Washington was to unite them, despite apparent differences and self-interest, into a unified force dedicated to a common and noble cause. That is what true leaders do!

Alexander the Great was a Macedonian who united the Greek cities as one state and led them on a march that conquered what was at that time, all the known world. When Alexander conquered Persia, he wore Persian dress and made the leading Persian generals, once commanders of a great and proud Persian Empire, generals in his own army. He conducted a marriage of one thousand Greek soldiers to one thousand Persian women to symbolize the unity of his Empire. His genius was not only as a battlefield commander, and he was that, but to create unity among diverse and ancient enemies. Unfortunately, on his death there was no system or structure to maintain that unity, only the personality of Alexander. It quickly disintegrated.

Abraham Lincoln’s first and primary mission on election to the presidency was to maintain the unity of his Nation that was rapidly disintegrating. Doris Kearns Goodwin’s wonderful book, A Team of Rivals, chronicles his cabinet comprised, not of those who most agreed with him. Rather his cabinet was formed of rivals who would disagree and inform his own views. It was the creation of unity of those around him, those who would disagree, that informed his decision making.

The history of the human race is the history of ever expanding circles of complexity, diversity, and collaboration. It is the expansion of commerce and influence based on trust. Building walls to keep out those who are different or those who are in need is not only contrary to the American tradition, it contradicts the inevitable march of human history. No matter what any individual or politician thinks or fears, we are moving toward an age in which national borders have little meaning as our economies merge into one global economy. This leader recognizes that the game of commerce is nonzero-sum, not a zero-sum game. Global collaboration has not weakened any country. It has led to an increase in aggregate wealth and reduction of conflicts.

During our last elections both candidates campaigned against the Trans Pacific Partnership trying to appeal to those who fear globalization. That partnership would have opened markets to U.S. farmers and manufacturers that until now have been closed. Having withdrawn from that, Japan has led the renegotiation among the remaining eleven countries and this partnership will be signed in March, leaving the United States to be excluded. Today Japan signed a trade agreement with the European Union. The United States is being left out in the cold, by our own ill conceived choice. Our withdrawal has been a gift to competitors as we have disadvantaged ourselves. At the same time our farmers have seen a collapse of soy bean and other commodity futures as we have created a tariff war that will inevitably damage our own economy by increasing costs and reducing opportunities for expansion.

The imperative of unity is not only in international affairs. It equally true within companies. Some years ago, I was conducting a workshop at Intel with the senior management team. I watched as Any Grove, the legendary founder and CEO made a statement, to be followed by a young manager who raised his hand and said “Andy, you keep saying that, and it keeps being wrong”, an astonishing statement by an audacious young manager to a legendary and powerful CEO. I watched as Andy turned around in his seat and said “OK, what do the rest of you think”, and for twenty minutes I lost control of my workshop.

I stood there in awe of the frankness and honesty of the conversation, true dialogue, and I realized that this young and audacious manager must have known that he was not ruining his career by challenging Andy Grove in an open forum. Why? Andy Grove was a scientist, a physicist, and the company had been built on science, intellectual inquiry, and this is what Andy Grove valued most. He didn’t value subservience or obedience, the certain signs of a weak and fearful leader. He valued the pursuit of truth that comes from intellectual challenge! This is leadership in the knowledge age.

The ability to lead frank and honest dialogue leads to unity of understanding, unity of thought, unity of energy and effort. This is the task of the leader and it is what is needed most in our companies, our country, and our world. We need to find and elect leaders who are devoted to principles, not promoting their personality. We need leaders strong enough to listen and learn, to engage in the nonzero game of world commerce and culture.

Virtual Teams are Now, Everywhere, and Everyone is on One! Lead them Well!

The Practice of a Lean Management Systems: Achieving Economic Efficiency and Social Intimacy 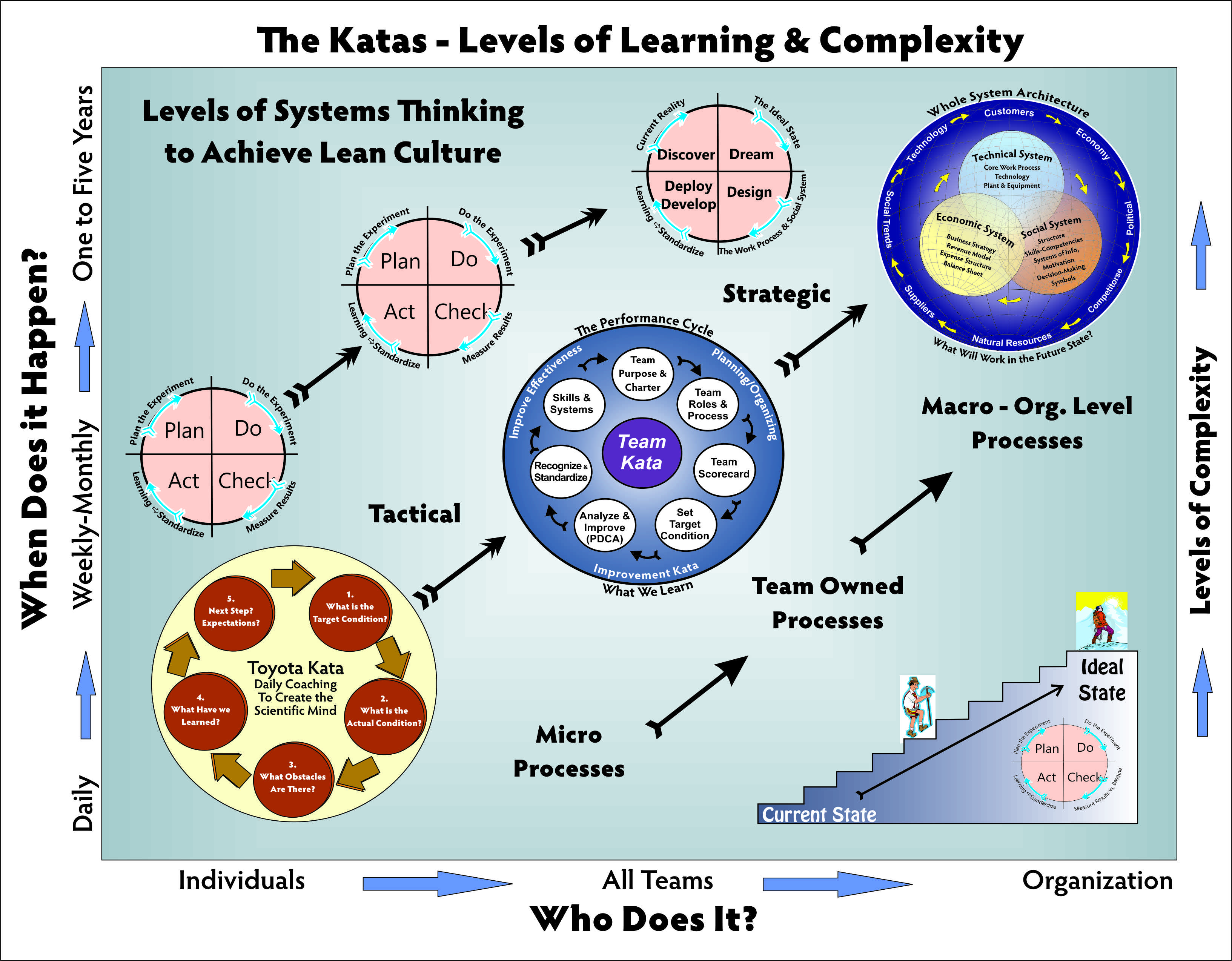