The only thing certain about a trend is that at some point it will reverse or achieve stability and be a trend no longer. For the past thirty years the United States has witnessed the decline of manufacturing as China, in particular, became a willing provider of low cost labor with few health, safety or environmental regulations. The outsourcing trend may have run its course.

Outsourcing was based on an understanding of the different functions in the product innovation-to-market process as distinct and separate functions. It was not a lean, interruption free process. Product design and engineering could be done in the U.S. or Europe, the product specifications could be shipped to China where the process/manufacturing engineering and the manufacturing was done. It was then transported, sold and serviced in the country where the cycle began. The logic of this process assumes that each function is separate and distinct. But, might there be a competitive advantage in the overlap of these functions? In other words, might the ideal process be a bit more non-linear, with overlap between design/engineering and manufacturing and sales? What if each was a team, and members of each team spent time with the other teams engaged in dialogue about how to improve the product and respond to market intelligence? How would that change the outcome? And, then might there be an advantage to co-location, rather than having the process separated by a very large ocean, language and culture?

GE is proving that this is not a theoretical question, but one that is demonstrating results and drastically altering the manufacturing strategy of one of the world’s largest manufacturers. The return of jobs by GE to its Louisville Appliance Park is the best evidence yet of a new trend and it is important that every company engaged in manufacturing consider the key elements that make this a sound business decision.

The exporting of manufacturing jobs to China was based on a few simple premises:

What may be the best news yet for the U.S. economy (and spell serious trouble for China) is that all three of these conditions have changed and will continue to change. The landscape is shifting, as it always does. Now, the risk/reward equation is not the same as it was.

The case of GE’s Appliance Park illustrates this well. The Atlantic magazine last month published an excellent article by Charles Fishman on the turnaround at Appliance Park.

Employment at Appliance Park kept rising through the ’60s, but it peaked at 23,000 in 1973, 20 years after the facility first opened. By 1984, Appliance Park had fewer employees than it did in 1955. In the midst of labor battles in the early ’90s, GE’s iconic CEO, Jack Welch, suggested that it would be shuttered by 2003. GE’s current CEO, Jeffrey Immelt, tried to sell the entire appliance business, including Appliance Park, in 2008, but as the economy nosed over, no one would take it. In 2011, the number of time-card employees—the people who make the appliances—bottomed out at 1,863. By then, Appliance Park had been in decline for twice as long as it had been rising.

CEO Jeffrey Immelt,  writing in Harvard Business Review in March, declared that outsourcing is “quickly becoming mostly outdated as a business model for GE Appliances.” Just four years after he tried to sell Appliance Park, believing it to be a relic of an era GE had transcended, he’s spending some $800 million to bring the place back to life. “I don’t do that because I run a charity,” he said at a public event in September. “I do that because I think we can do it here and make more money” (from The Atlantic, December, 2012).

While every manufacturing company has somewhat different requirements, it is essential to consider the logic of GE’s strategy and how that might apply to your own. Listen to the effect of creating a unified, interruption free, fast-cycle design to manufacture system as GE began manufacturing the GeoSpring water heater at Appliance Park:

“The GeoSpring project had a more collegial tone. The “big room” had design engineers assigned to it, but also manufacturing engineers, line workers, staff from marketing and sales—no management-labor friction, just a group of people with different perspectives, tackling a crucial problem.

“We got the water heater into the room, and the first thing [the group] said to us was ‘This is just a mess,’?” Nolan recalls. Not the product, but the design. “In terms of manufacturability, it was terrible.”

“The GeoSpring suffered from an advanced-technology version of “IKEA Syndrome.” It was so hard to assemble that no one in the big room wanted to make it. Instead they redesigned it. The team eliminated 1 out of every 5 parts. It cut the cost of the materials by 25 percent. It eliminated the tangle of tubing that couldn’t be easily welded. By considering the workers who would have to put the water heater together—in fact, by having those workers right at the table, looking at the design as it was drawn—the team cut the work hours necessary to assemble the water heater from 10 hours in China to two hours in Louisville.”

There is one big fallacy to that thinking: In the manufacture of technology based products, and products that require frequent innovation, the manufacturing guys or gals, better be smart, and their brains can contribute more to the development and improvement of the product than was previously assumed. It is management’s job to create, as Honda says, “the world’s greatest experts” on-the-spot, where the work of manufacturing gets done. There are no “not smart” folks in lean manufacturing and to achieve macro-lean, the entire system, from market research to delivering the product to customers, must be transparent and the product of teamwork across all functions.

The most common cause of failure in lean implementations is the focus on the work process, the technical system, and ignoring the social system that will enable that work process. This is no where more true than creating the fast-cycle integrated lean process demonstrated at GE’s Appliance Park.

There are some critical characteristics to that social system that are essential to its success:

This integrated, synergistic process demonstrated by GE is based on the ability to create collective wisdom, the wisdom that comes from a group, and that requires a well designed social system as well as the technical work process. This is unity and diversity in action. It may well be the future of American manufacturing and a key to revitalizing our economy.

At the Heart of Truly Powerful Organizations 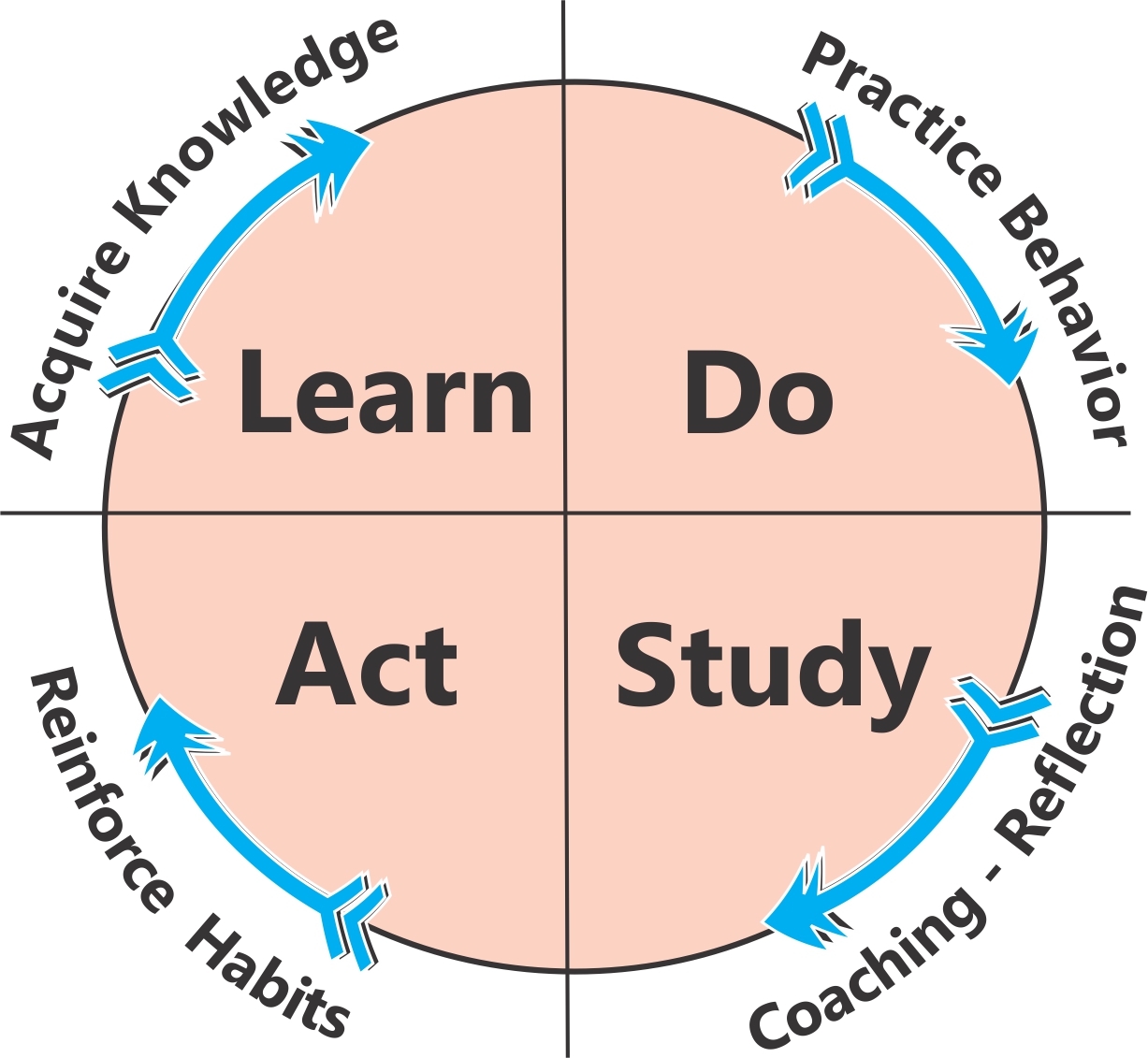 How to Build Lean Systems of Organizational Learning