In my previous post on this subject I suggested lessons from the Egyptian revolution to the world of corporate leadership. Now I do the reverse.

I would like to address the ruling military officers of Egypt and the other leaders who are now finding themselves in the midst of turmoil in the Middle East. They all are confronted with the problem of “managing large scale change.” This is not a new thing. It is also not something military men are likely to be good at because it is not about command. It is about the psychology of democracy. It is about creating a feeling of ownership and participation by a very large number of people. Many company and countries have been through this before. So… here is an open letter to the Generals of Egypt, and to all others to whom it may apply.

Dear Generals of Egypt: What Now?

Your country has passed through the beginning phase of a large scale change in culture and management practices – we sometimes call this “creative destruction.” Yes, I know. The youth and other protesters in the square think they did the hard part. But, they actually did the easy part and left you with the great challenge of creating a new system, a new culture. It won’t feel as exhilarating as marching and chanting in the square.

As it happens, I have been involved in changing the culture of large corporations over the past thirty-five years. I’ve messed it up quite a few times and succeeded at other times. In doing so, I have learned a few lessons that might prove useful. I offer them for your consideration.

Did I repeat myself? I said communicate often. It will seem an unnecessary waste of time since you have serious work to do. They should be more patient, shouldn’t they? But, patience is a rare commodity when there is the excitement of major change. Your followers will want to know what the plan is. Where are we going? How are we going to get there? Where are we in the process now? Communicate by television, radio, newspapers, and have you heard of Facebook and Twitter? Use them all! I hear that some of your citizens log in occasionally. Those who gain their news from the Internet expect to hear something new every few days. It doesn’t seem that it should be your problem. But, it is!

2. Engage as Many as Possible – Let them Own It!

This will be very difficult for any well trained and rational military officer. You know how to make decisions. That is why you were promoted. So, why shouldn’t you make the decisions? The answer is simple. The citizens won’t just obey commands like good soldiers in an army. They think it is their revolution. They made it happen. Now, they want to participate.

I know this will seem strange advice. But, I suggest you form participative conferences in every village, in every district of city. Have someone facilitate. Have someone take notes (not on who said what, but on the recommendations that come forth). Believe it or not, I worked with one of the largest oil companies and helped them design their organization. They involved thousands of employees, gaining their input into the design. Did they all know the right answers? No. But, by contributing, they felt that the final outcome was in some measure their own work. And because of this they were eager to implement the final design.

Your problem will be less designing the ideal system of governance, than gaining acceptance, commitment, and ownership of that system by the people. The “mess” of involving thousands of people will pay off as they agree to adhere to the final result.

3. Think Whole-Systems: Everything Will Interact With Everything Else

This sounds like something complicated, but it is really very simple. Organizations, and countries, are like the human body. The larger system is comprised of sub-systems. For example, something going on in the brain may affect the stomach. You might be experiencing this now. In other words the human body is a system, made up of several different “sub-systems.” The digestive system, the cardio-vascular system, the nervous system are all different, yet all constantly interacting with one another. The human body cannot function in the best way unless all of the sub-systems are healthy and assisting one another.

Similarly, this thing we call democracy is a system comprised of a lot of different sub-systems. Of course, we think about the election system. Yet, this is only one sub-system of the whole-system, the culture of a democratic nation. I know this is very complicated. But, you must align all of the subsystem to the same principles if they are going to function well.

What principles? You can start with freedom of expression, freedom of religion, freedom of the press, and freedom from injustice. I am sure you can think of others, but those are good ones to start with. Now, the election process must conform to these principles. But so to must the education system, the communications systems of the press, television and Internet. The justice system of the police and courts must conform to the same principles. Business and commerce will thrive under these principles. But, you must seek alignment of your systems. You cannot have free elections, democracy, and not have a system of free press and free expression. You cannot have either of these in the absence of a justice system that operates on similar principles.

So, building this “whole-system” is a big job. It takes time in large companies. It will take a long time in your country. But, my recommendation is that you form a “steering team” to oversee the entire process of designing the new Egypt. Then this steering team can appoint “design teams” to design each of the sub-systems. You can involve a lot of very smart people in this process. And, communicating this process to your citizens, making it transparent, will encourage them. This will create trust between you and your citizens, and there is nothing more important to a leader than gaining and keeping this trust.

The people of Egypt have proven that they are not children. They have proven that they have a great deal of understanding about how the world really works. It is a childish idea, that you or anyone, can design the one best and right way that things should be done in the future. My own United States Constitution was designed for continuous improvement, not for a one right final solution. Remember that the way it was originally written did not include women as full citizens and denied full rights as human beings to a large portion of our population. In truth, the Founding Fathers didn’t get it right the first time. But, they assumed that it would be improved and provided the mechanism for that improvement.

What your people want from you now, is not the final solution. They want a starting point and they want the ability to gradually improve your system of governance as people mature and gain greater understanding. You can give them this.

Well, dear generals, these are just a few ideas that have worked well in large corporations. These are essential ideas to creating lean management and culture, I think they will work in Egypt, too. 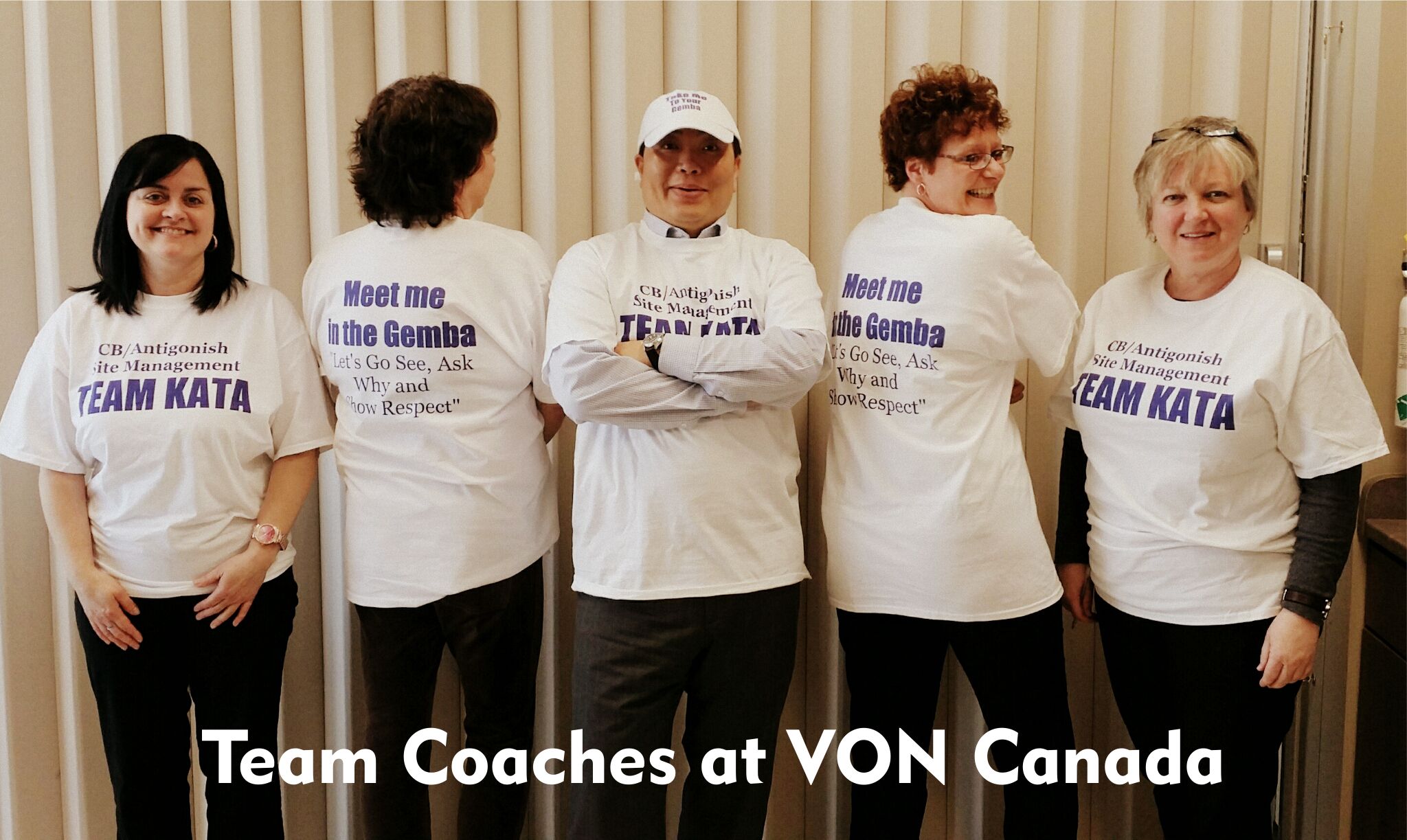 How We Talk Matters